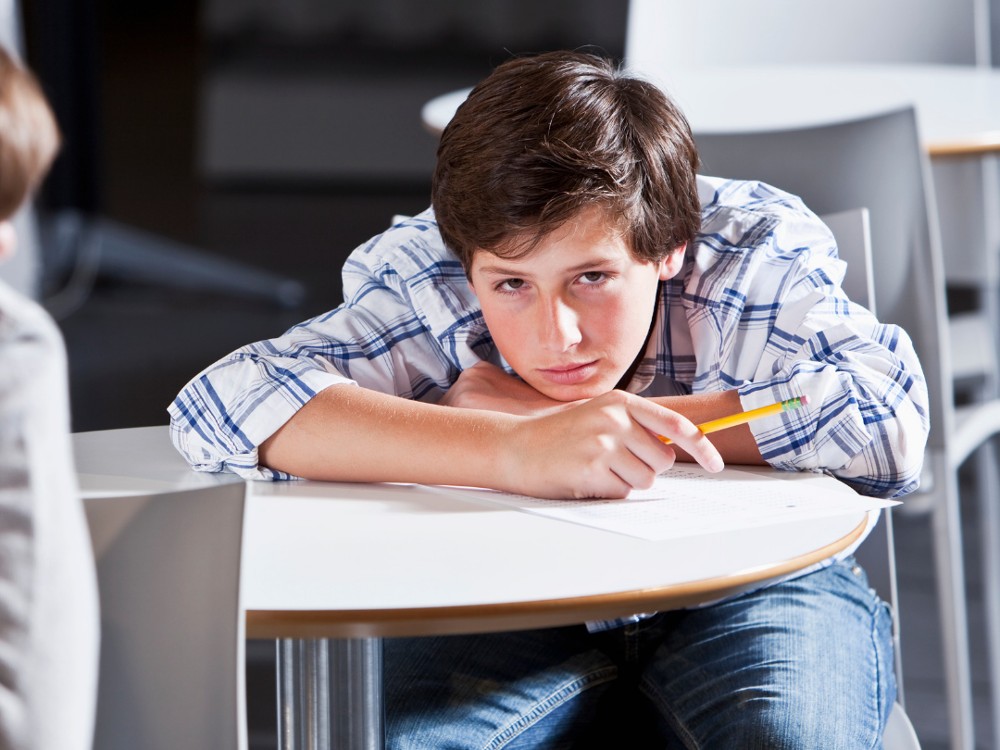 “After 30 years of doing such work, I have concluded that classroom teaching… is perhaps the most complex, most challenging, and most demanding, subtle, nuanced, and frightening activity that our species has ever invented. The only time a physician could possibly encounter a situation of comparable complexity would be in the emergency room of a hospital during or after a natural disaster.” – Lee Shulman, The Wisdom of Practice

The profession of teaching, specifically elementary education, is mostly populated by females, and primarily, but not completely, female mothers. This gender dominance should not be lost on anyone.

Teachers act as parents to their students, and all parents are teachers for their children. It doesn’t matter if a parent has an MBA or never finished their GED, parents are perpetually teaching their children, whether they realize it or not.

But what happens when the parents aren’t actually trying to teach their children anything of use? What happens when some of the parents were never taught the basics of life, including self-care and hygiene, and the more significant parts of life, like how to love others? How do their children learn those skills? That is what I often face in my fourth-grade dual language (Spanish/English) classroom outside New York City.

Not All Students’ Home Lives Are the Same

One of my students struggles to get her homework completed because her parents are fighting in their one-bedroom apartment, and she hides in the bathroom to escape the fury of their anger.

Another one of my students, who is cognitively low-functioning, is punished by her parents who force her to kneel on rice for hours at a time because she struggles to add simple one-digit addition in fourth grade.

One student cannot read on a first-grade level, his parents are illiterate in their native language, and from all observations and records over the years, they show their child very little love and affection.

Another student comes from a home with lots of love and affection but came to school this year with a desire to kill himself, and a plan to make his wish a reality.

Countless students over the years come to school with their fingernails black with dirt, their teeth not brushed, and their clothes not clean.

Teaching is So Much More Than Education

During a parent conference when I was teaching first grade, a father was so intoxicated that he fell asleep or passed out during the meeting. When he regained consciousness, we ended the meeting. My classroom reeked of alcohol, so much so that I was scared the next parent to enter the room would think that I had been drinking, so I sprayed the room with lemon-scented Lysol to mask the remaining musk of the previous father.

I fondly remember that student very well. Every project that we assigned came back constructed out of alcohol bottle caps, beer bottle tops, and wine corks. The geometry project, where students were to find different 3D shapes in their houses, identify them, and make a creation out of them−were all alcohol containers. For the Hundredth Day of School project, where students need to count 100 items and glue them to a poster board in some creative fashion, his were made of beer bottle caps and corks, again. This student was smart and had massive potential, and when his parents picked him up from school they walked four feet in front of him the whole way home.

I taught three brothers from the same family, a few years apart. They struggled financially, so badly that they only had enough money to heat one bathtub full of hot water, once a week. The youngest brother was allowed to bathe after the rest of the family, in cold, dirty bathwater. Despite his home life, each day he came to my classroom with the best smile on his face, ready to read and learn in two languages.

Three out of five weekday mornings one of my students would come to school early for extra help. We would sit in a small group and work on simple sentences. Very quickly, I realized that his teeth weren’t brushed, ever. When I asked him about it, he told me he did brush his teeth, but a simple smile said otherwise. I bought him a children’s toothbrush and his choice of toothpaste and showed him the special place that we were going to keep it in the classroom. Then I watched from the other side of the room as he “brushed” his teeth, in a way that suggested that no one in his life had ever taught him how to brush his teeth before. In private, we worked together on the proper way to brush. He came to school every day and happily brushed his teeth in my classroom sink until the last day of school.

After her little sister was born, one of my students refused to eat solid food. She would only drink her food, like the baby. I had to work with her mother to, little by little, get her daughter back onto solid foods again in first grade.

Another first-grade student would perpetually place her hands in between her legs and rock back and forth. She was the sweetest, cutest, smartest kid ever, but when she got nervous, she would put her hands in between her legs, over her clothes, and rock to calm herself down. When we were in small group instruction, I had to make a point to tell all the students that we were going to keep our hands on the table. She would try to lower her hands and needed constant reminders to keep her hands on the table. 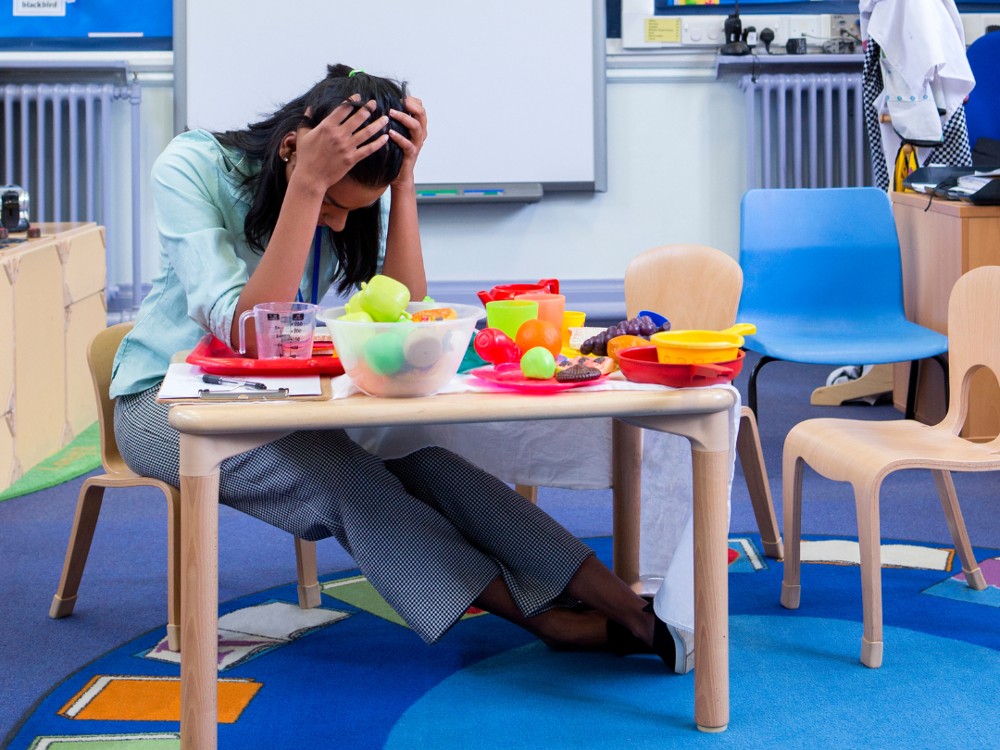 The Reality of Teaching

This is the reality of teaching. It isn’t all dark stories of hard times. There are many amazingly positive moments of light, breakthroughs, and achievement, but there are so many parts of teaching that no one talks about, the parts that don’t fit into the cells of a spreadsheet.

This is the part of teaching that when you hear your brand new superintendent tell the staff on opening day that, “Some data looks good, but some data shows areas of much-needed improvement,” you want to scream and storm out because you don’t care if Juan from your class passes the state test, you care that he is alive in May to even take the test.

Karen Jeffries is a fourth grade dual language teacher outside of New York City. She does not consider herself a writer, but she did write a hilarious book about infertility called Hilariously Infertile that she has been sharing with her followers for the past few years. Check out her Instagram @Hilariously_infertile. 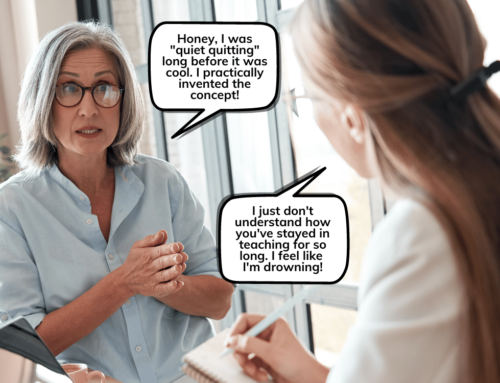 As a Teacher, I was Quiet Quitting Before it was Cool

As a Teacher, I was Quiet Quitting Before it was Cool 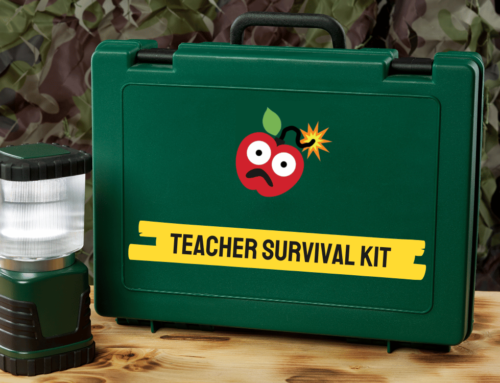 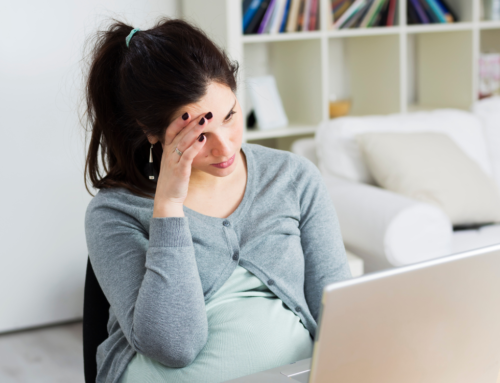