Sex ed is that wonderfully awful class that we love to hate. It’s awkward and uncomfortable for everyone involved, but boy does it lead to some hilarious comments! To commiserate in our collective misery, I asked a handful of sex ed teachers to share their funniest or most awkward sex education questions they’ve received from students, and boy, did they deliver!

In sex ed, students are often allowed to anonymously write down their queries for the teacher to answer in front of the class. This makes for quite an interesting Q&A.

Here is a list of sex ed questions asked by students with the hypothetical answers I would give in italics (which is probably why it’s a good thing I don’t teach sex ed).

These are real questions asked by real students. Some questions have been minorly edited for spelling, grammar, profanity, or for the sake of readability.

Questions about Puberty and Anatomy

Puberty is a rough time. The body is changing and there’s a lot to adjust to in a more mature body. Here are some top-notch questions from sex ed about puberty and anatomy. 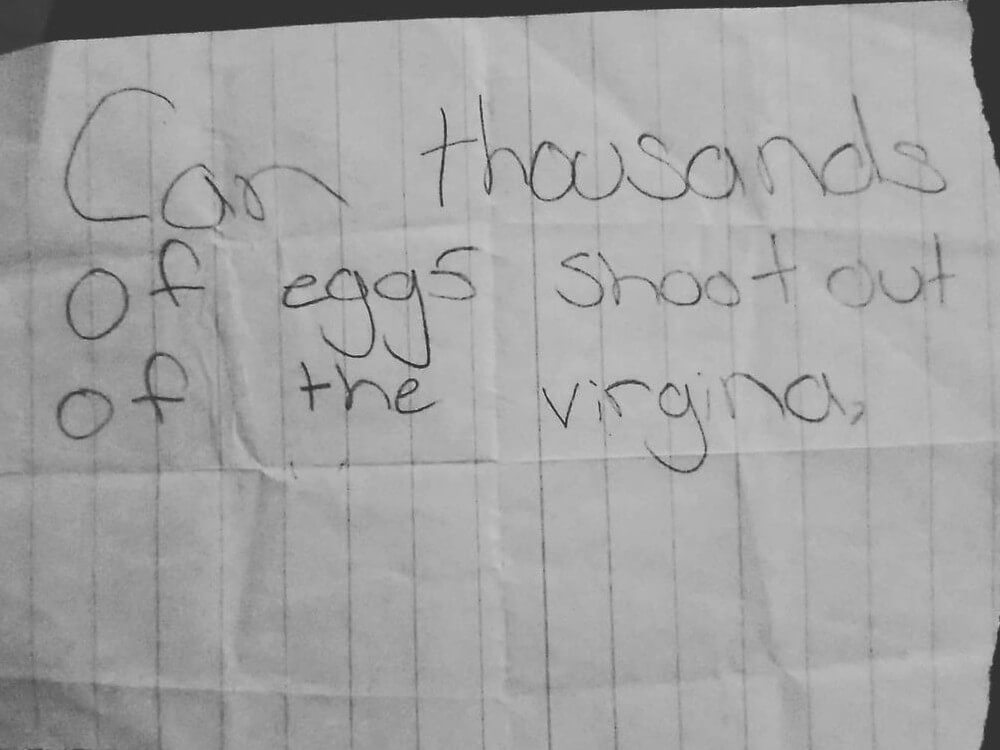 Leave it to adolescents to ask ALL the questions. Even those that probably shouldn’t be posed to an entire class. These questions are a bit TMI, but hey, it’s probably best to get them asked now, right? 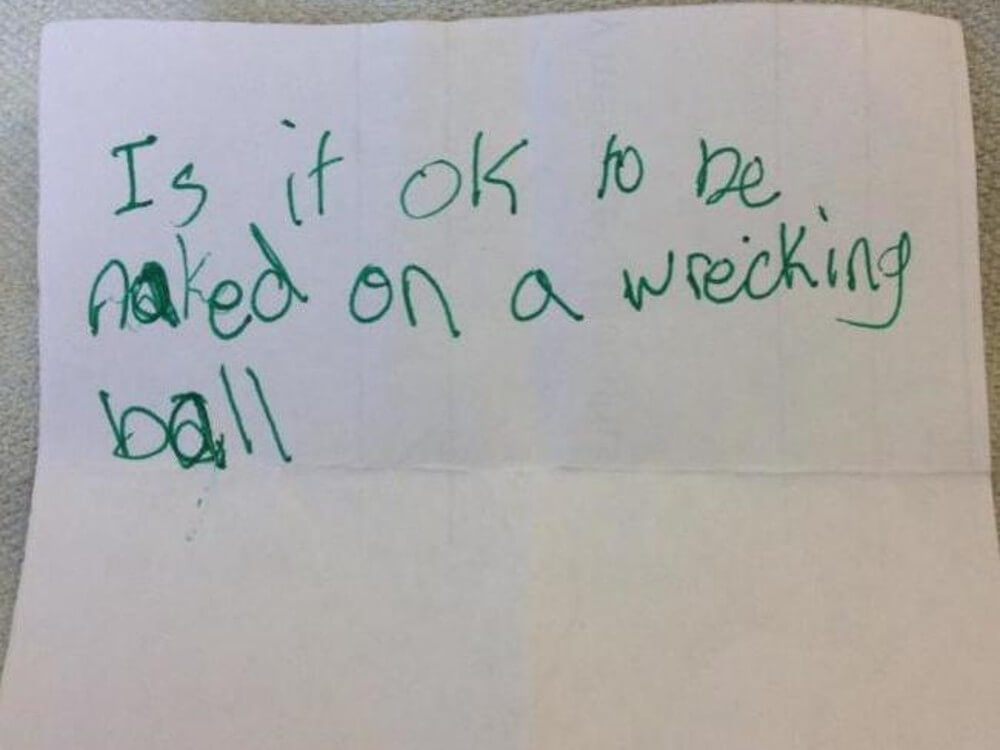 Teachers know a lot, but the amount of knowledge they have might not include ALL sexual slang terms. These questions are probably best left to Google.

Obviously, plenty of sex education questions will be about sex itself. These questions are by far the most, uh, “creative” ones from students. 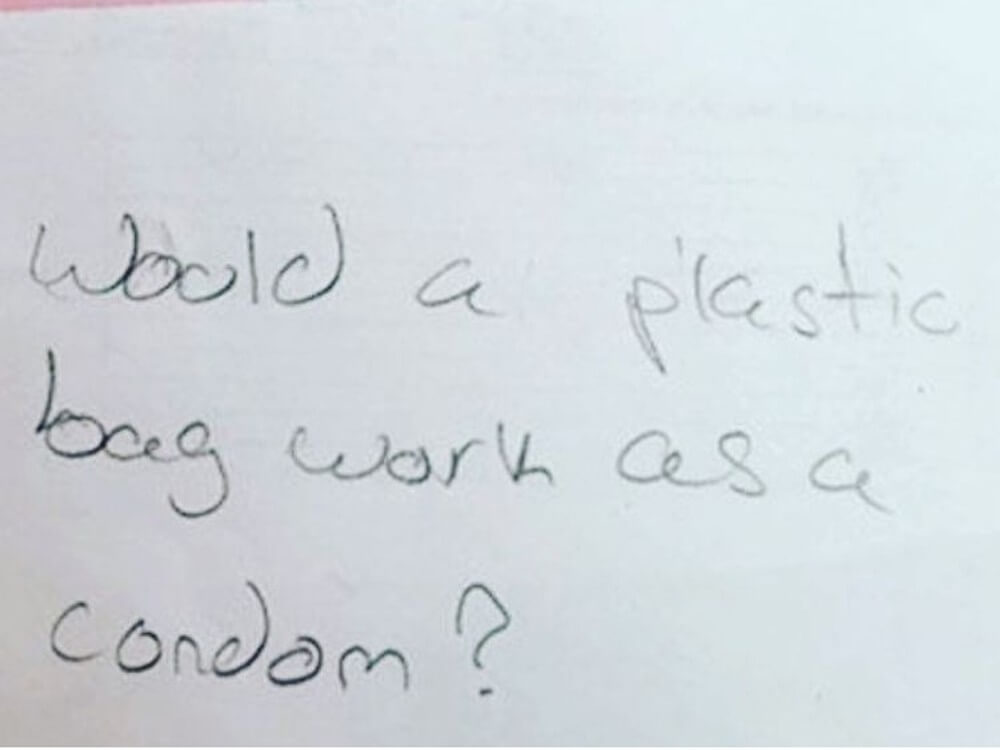 Sex ed can’t cover everything related to pregnancy, and clearly, these kids are prepped to ask the important questions. 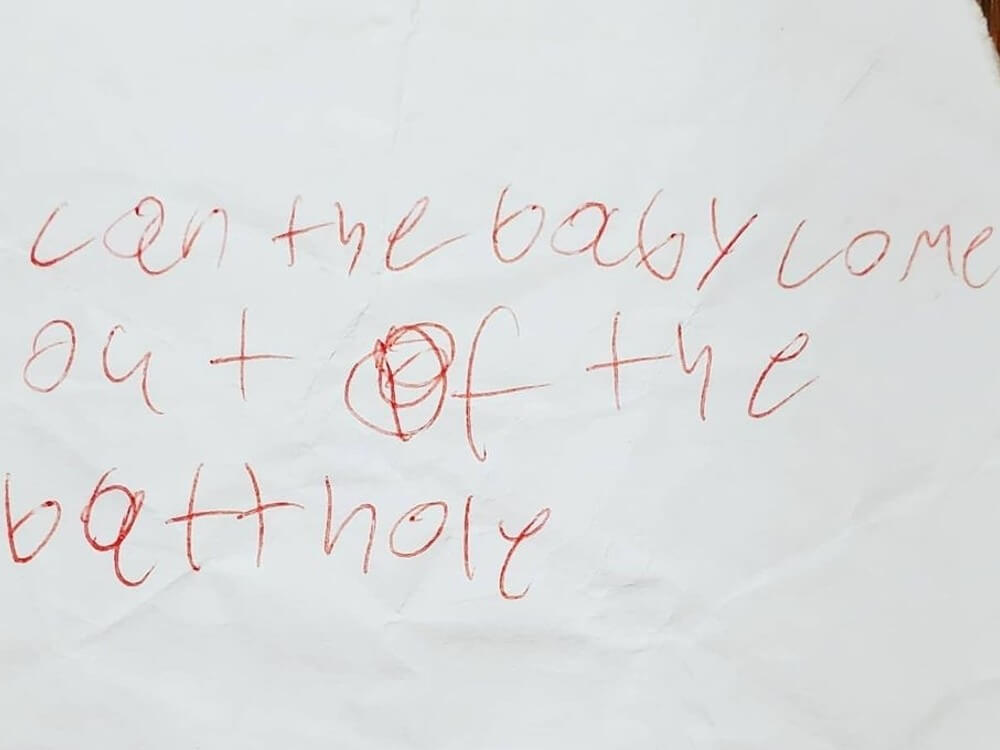 Questions I was Asked While Pregnant

Another strange aspect of being pregnant while teaching is that some of your students might be expecting too!

During my first pregnancy, I had two pregnant students and an 11th grader with a 3-year-old son. I would try to connect with them sometimes, but they never really seemed bothered by the pregnancy the way I was. “Aren’t you tired?” I would ask. “Not really,” they’d reply. “Aren’t you scared?” I asked. “Not really,” they’d answer. For some reason, this baby stuff was much more troublesome for me!

In addition to this, I had students ask lots of bizarre questions while I was pregnant. These are just a few gems I jotted down during that time.

Finally, a student asked me how many months pregnant I was. A few minutes after I told him he stood up and announced, “September! She had sex in September!”

Have you heard your fair share of funny sex education questions from your students? If so, we want to hear them! Leave a comment below, or be sure to check Teacher Misery out on social media! You can find me on Facebook, Instagram, and Twitter!

Do you have something you need to get off your chest? Head to the Vent Forum to share your thoughts in a safe, anonymous, troll-free space.