The sky is blue. Water is wet. And Florida is up to some regressive political nonsense again. This time, they’ve crafted an education bill deceptively titled “Parental Rights in Education,” otherwise known as the “Don’t Say Gay” bill.

What is the Don’t Say Gay Bill?

For those who are not familiar, Florida’s “Don’t Say Gay” bill will allow parents to sue schools if an educator brings up an LGBTQ+ topic in elementary schools. More specifically, the bill states that “classroom instruction by school personnel or third parties on sexual orientation or gender identity may not occur in kindergarten through grade 3 or in a manner that is not age-appropriate…”

On the surface, the language might seem reasonable. Of course, lessons should be age-appropriate! Who would disagree with that? But within the context of this bill, what does that mean? What is appropriate? What is inappropriate? Who defines it? The language is vague and open to interpretation, and that’s a problem. The bill is a slippery slope whose language can be purposely misconstrued by vigilante parents in a way that will ban any mention of LGBTQ+ people. In other words, don’t say gay or else!

In response to the bill, I created some satirical content on Instagram and TikTok critiquing it. And over the past few weeks, I have received some comments calling me a “pedo” and a “groomer.” The fact that there are adults who would use those terms simply because I do not support this bill only goes to show the need to have LGBTQ+ representation in the school curriculum. Perhaps if they would have had it, they would not have grown up to be hateful internet trolls.

I also received other comments that made it clear that many members of the general public do not understand the implications of the bill. Let’s dissect a few:

No one is teaching sex ed to young kids, nor does anybody propose that. If you think this is an actual problem, you are not reading reliable news sources. Too many people seem to confound sex and sexual orientation.

They are not the same thing.

Reading a story with LGBTQ+ characters is not the same as sex education. Our students (even the young ones) can learn about LGBTQ+ people without learning about sexual behavior (just as they can learn about heterosexual relationships without talking about sex).

“The Kids are Too Young to Learn About Gender and Sexuality!”

Kids learn gender roles and sexuality from the moment they are born. They learn socially constructed gender norms such as pink is for girls and blue is for boys. They learn heterosexuality when they watch fairytales and cartoons where men and women fall in love and get married.

Straight people will even playfully ask a 3-year-old if he has a little girlfriend. For some reason, they’re not too young for that, but we’re going to flip out if a teacher reads a story with gay characters or displays a rainbow flag?

To paraphrase an idea from Matt Bernstein (@mattxiv on Instagram), when someone says that kids are “too young” to learn about LGBTQ+ people, what they really mean is “I don’t think kids should know LGBTQ+ people exist because queerness makes me uncomfortable.”

“Learning about the LGBTQs is Just Inappropriate.”

These people don’t ever have a real explanation for their opinion. When asked for one, they tend to say, “It just is!” I can speculate though.

They probably think kids will get “confused” and become gay. That’s not how sexuality works. Gay kids read plenty of books with straight characters and they still grow up gay. So much for that theory. And if a child DOES grow up to identify as LGBTQ+, great! Love them anyway.

“It’s Against My Religious Beliefs.”

The other thing people will say is “It’s against my religious beliefs.”

I’m all for anyone practicing their religion as they choose. But applying one’s religious beliefs in a way that discriminates against an entire group of people within a public school is wrong. Religious belief or not, LGBTQ+ people are worthy of being treated with respect and humanity, and they are worthy of being represented in our classrooms (even if you don’t agree with the “lifestyle”). 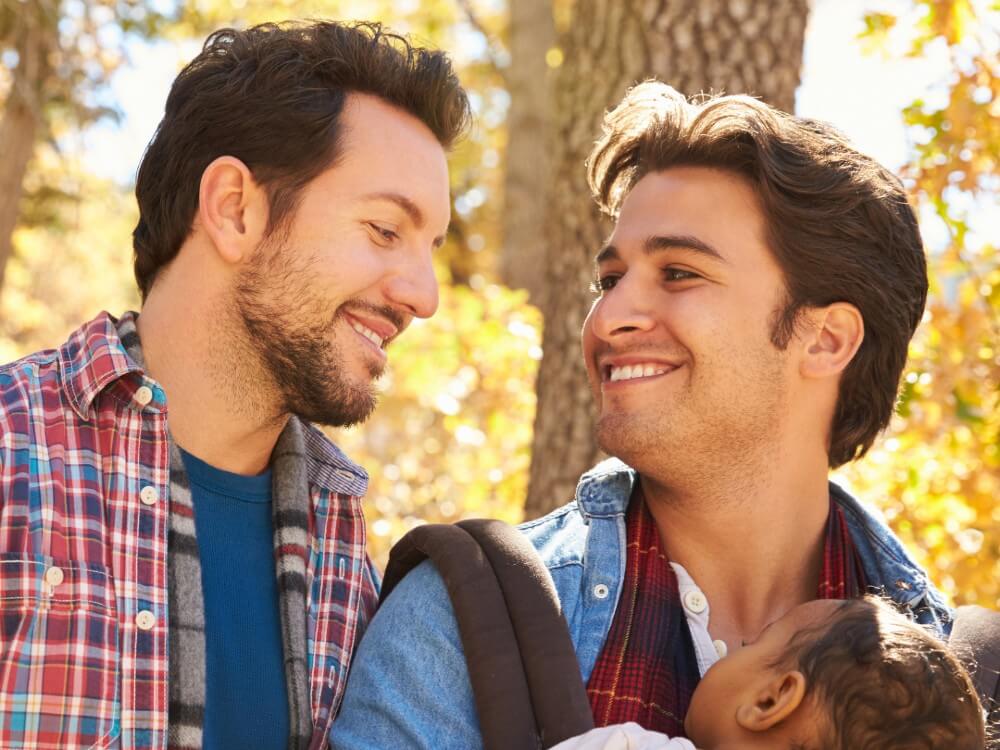 “The Bill Doesn’t Even Say Gay! Read the Bill!”

I did, and this is why I’m concerned.

“Just Stick to the Standards! They Don’t Need to Be Taught About LGBTQ+ Stuff.”

And there is a need to bring in LGBTQ+ representation in the curriculum, even for younger students. Why? Because there are students in every classroom that will one day identify as LGBTQ+.

Yes, there will still be kids that grow up to be gay even if you “don’t say gay.” There are students who have LGBTQ+ parents or family members. These students also deserve to see their families reflected in the stories they read in school. Other students should also see LGBTQ+ representation in school so they grow up to be accepting of others and not tease their classmates for being LGBTQ+ (or perceiving them to be LGBTQ+). Statistically speaking, LGBTQ+ students are more likely than their straight cisgender classmates to experience bullying, and they are at a higher risk of dying by suicide.

A bill like “Don’t Say Gay” can aggravate this problem, but by normalizing LGBTQ+ representation in schools, we can help ensure that our LGBTQ+ students grow up in school environments that are supportive and affirming. Having LGBTQ+ inclusivity in our classrooms can help prevent bullying and death by suicide.

As educators, our job is to include, protect, and advocate for all students. Someone’s “parental right” to discrimination does not supersede an LGBTQ+ student’s right to be represented in the curriculum. Schools (and parents), need to teach ALL kids to be accepting so our LGBTQ+ students won’t be afraid to go to school. The safety of our LGBTQ+ youth should be a priority, even when it makes some of the adults uncomfortable. We can do better. 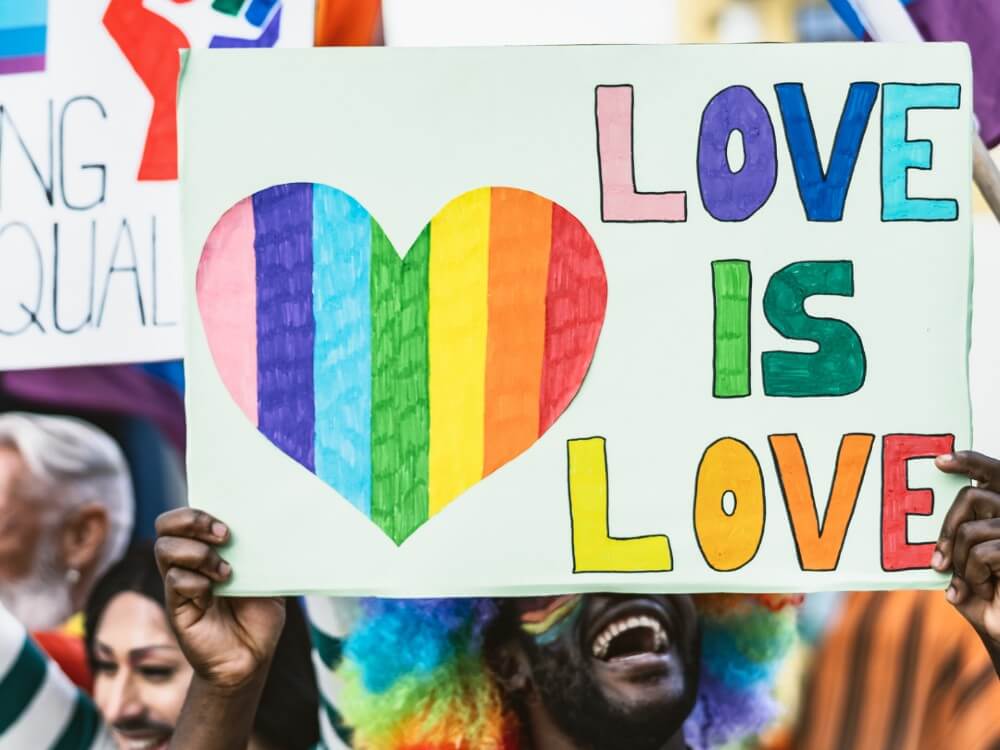 As a teacher, what are your opinions on the Don’t Say Gay Bill? Let us know your thoughts in the comments below, or let us know how you feel in the Vent Forum.

Here at Teacher Misery, we pride ourselves on giving teachers across the United States a voice in a safe, troll-free space. While we encourage honesty and transparency, please be considerate of your fellow teachers when leaving comments.

Arturo Aviña is a teacher who also dabbles in creating comedic content about teaching. He began his career nineteen years ago as a kindergarten teacher, and during that time, he experimented with incorporating film and theatre into his lessons. In his current position as a theatre teacher, he provides instruction to approximately 2000 elementary school students a year. Most recently, he began to use his skills to create satirical content on social media to chronicle what it’s like working in education today.