I think it is cruel to expect a pregnant woman to work if she doesn’t want to. It is a precious and difficult time, both physically and emotionally. It is a lot to ask a gestating woman to handle the various stressful tasks that come with many jobs, but to expect a pregnant teacher to cope with teaching 100-200 adolescent minds while pregnant? That is just cruel.

Being a Pregnant Teacher

Teaching is not the kind of job where you can hide your head in a trashcan behind your desk or run to the bathroom to vomit as needed. You are “on” all day long. And when you’re pregnant, your condition becomes the only thing the students can focus on. Every time they look at your belly they remember what act must have taken place to get that baby in there. This inevitably leads to extraordinarily inappropriate questions and comments. Kids seem to lack the mental editing equipment that prevents them from asking their teacher if they still have sex while pregnant (yes, a kid asked me that). They also don’t understand why the teacher is so insulted by these queries. They’re just curious, Miss!

As if unending nausea and vomiting for three months aren’t enough. As if weight gain, a constant need to urinate, weird cramps, acid reflux, heartburn, skin tags, insomnia, and hormonal mood swings aren’t enough to deal with… here are 150 fifteen-year-olds to babysit! And oh yeah, teach them Shakespeare and stuff too!

It’s already a chore to get kids to behave in the classroom, but toss in a pregnant teacher, and you’re in for a ride, my friends. One of the biggest interruptions throughout a pregnant teacher’s day (besides constant nausea and pains from standing all day), has got to be the incessant and often inappropriate questions from students.

Here are some of the things students have said to me during my two pregnancies:

They Love to Give Daily Updates on Your Size

Comments range from you’re getting bigger, it’s so big, you’re not that big, and shouldn’t it be bigger? In fact, both times I was pregnant I had many students concerned that I wasn’t getting bigger and/or fatter. Many would examine my belly on a daily basis and share their worry that overall I wasn’t getting anywhere near as big as some of their pregnant family members.

But there was one time when a student said to me, “Your ass is getting bigger!” When I shot her a look, she responded, “What! It’s a compliment!” And looking back at this now from above a pretty flat, underwhelming butt, I should have relished that time. Plus, it wasn’t anywhere near as uncomfortable as the girl who shouted out, “Your boobs are getting huge!” in the middle of class or my colleague who told me, “You must be having a girl because when it’s a boy, it sticks out like a basketball, but when it’s a girl, you just get fat all over.” Thanks a lot, lady.

They Love to Tell you Their Plans for Procreation

There’s something about seeing a pregnant person that really gets kids to start thinking about the future. And for many of them, having kids isn’t that far into the future.

One girl told me, “I’m not gonna have my baby when I’m old. I’m having my babies when I’m 19!” Looking back at how exhausted I was having my first kid at 30, I think she might have been onto something.

Another student concurred, “All these old teachers are getting pregnant. I’m having mine young!” And yet another girl added, “My boyfriend graduates next year, and we’re gonna have a baby!” Well, at least they planned to finish high school before procreating.

One young man who I will never forget actually raised his hand during a lesson and asked, “Are you afraid to have that baby? It’s gonna, like, destroy your vag!” This prompted another male student to announce, “I was born on a couch! My mom sat down, and my head came out!” This inspired a girl to proudly share that her mom “had to have 17 stitches in her poonanie cuz of me!” And before I could shut this whole thing down came the comment, “My mom said poop came out when she was having me!” followed by, “When my mom’s water broke my dad slipped in it and hit his head!” which is equally as amusing as it is amazing. 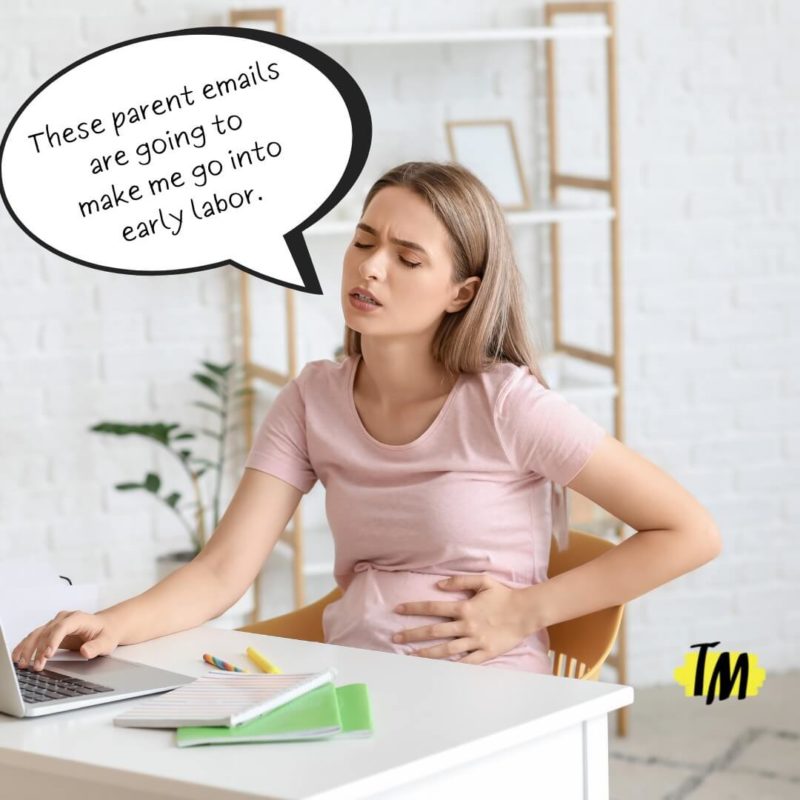 After my students just began offering up baby names, unprompted, I asked them to write down a few suggestions. Many of them insisted that their own name would be best, but here are some of my favorites from the more creative of the bunch:

There is something about a pregnant teacher that prompts kids to blurt out the dumbest, most disgusting questions you have ever heard. The questions tend to fall into three categories: genuine but worded horribly, ridiculously dumb, and ridiculously disgusting. Here is a sampling:

A student asked me how many months pregnant I was. A few minutes after I told him he stood up and announced, “September! She had sex in September!” Other interesting questions I received include:

Many questions were just ridiculously dumb, and I had to debate whether I had enough time at that moment to fully explain and answer their question. 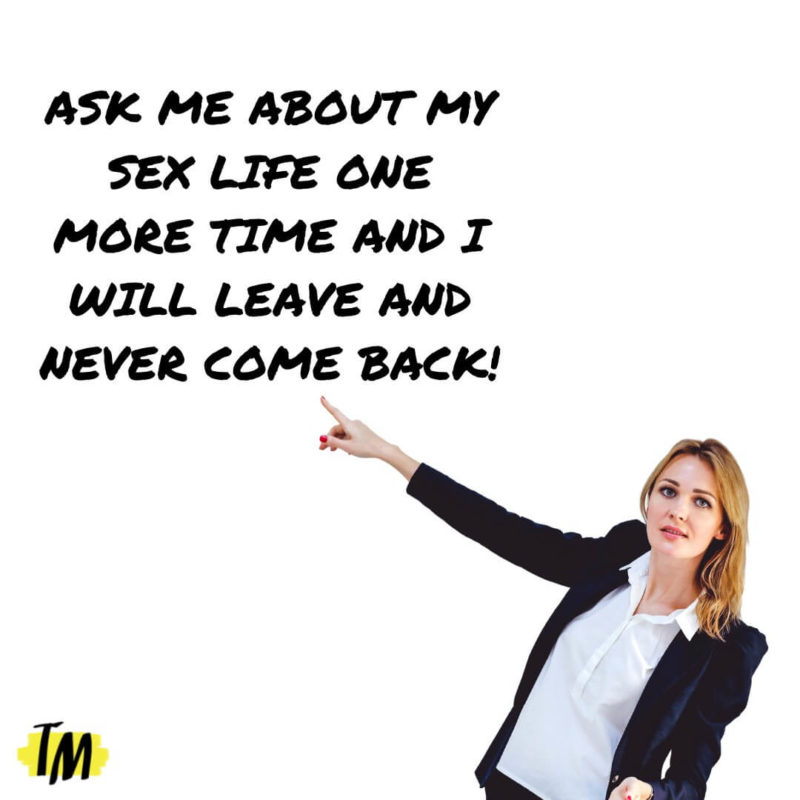 Sometimes Your Students are Pregnant Too

Another strange aspect of being pregnant while teaching is that some of your students might be expecting too! During my first pregnancy, I had two pregnant students and an 11th grader with a 3-year-old son. I actually developed a relationship with the young man who became a father at 12 through my pregnancy. I guess he felt more comfortable asking me questions about parenting. The two things I remember that he was most surprised by were that a 3-year-old should have a set bedtime and not just fall asleep around 11 PM in front of the T.V. and that there are books and videos about how to potty train. He was genuinely grateful for my help.

I would sometimes try to connect with the two pregnant girls sometimes, but they never really seemed bothered by the pregnancy or impending parenthood the way I was. I’d ask if they were tired or scared and they were pretty nonchalant about the whole thing.

I lamented about all the sleep we were about to lose and one girl told me that her mother planned to do all the night feedings and watch the baby during the day so she could sleep and chill with her boyfriend.

When I asked the other girl how she planned to continue to come to school, since I was struggling to figure out how to afford a decent daycare, she told me, “Some old lady in my building watches all the kids for free.” I told her that was great and she replied, “She’s pretty weird, and I’ve heard stories but whatever.”

The last aspect of teaching while pregnant I’d like to discuss is the unsolicited “advice” you get on a daily basis. Just as kids can’t stop themselves from blurting out weird questions, a middle-aged pregnant teacher can’t help but tell you their own birthing horror stories and offer very specific advice.

When I was pregnant with my first child, I was part of a department of 25 mostly female teachers. Every day during lunch someone would share the story of the birth of their first child, and they made sure to include every gory detail. I couldn’t help but notice the reaction of the male teachers. Married males with kids would either zone out or add a comment or two about the birth of their own kids. Younger, unmarried male teachers would immediately wrap up their lunch and leave the office. They had the right idea.

The stories I heard were so terrifying that they actually inspired me to have an elective c-section. The one birthing tale that I will never forget is the teacher who was so sick while she was in labor that she had a very high fever and could barely lift her head to lean over the side of the bed to vomit. She was so weak that her doctor gave her an episiotomy with his hand. She made sure to hold her hand up in front of me and splay her fingers out in a burst so I could get the full picture. When my face turned green, another teacher leaned into my ear and said, “Just have a c-section. I did, and it was fine.” 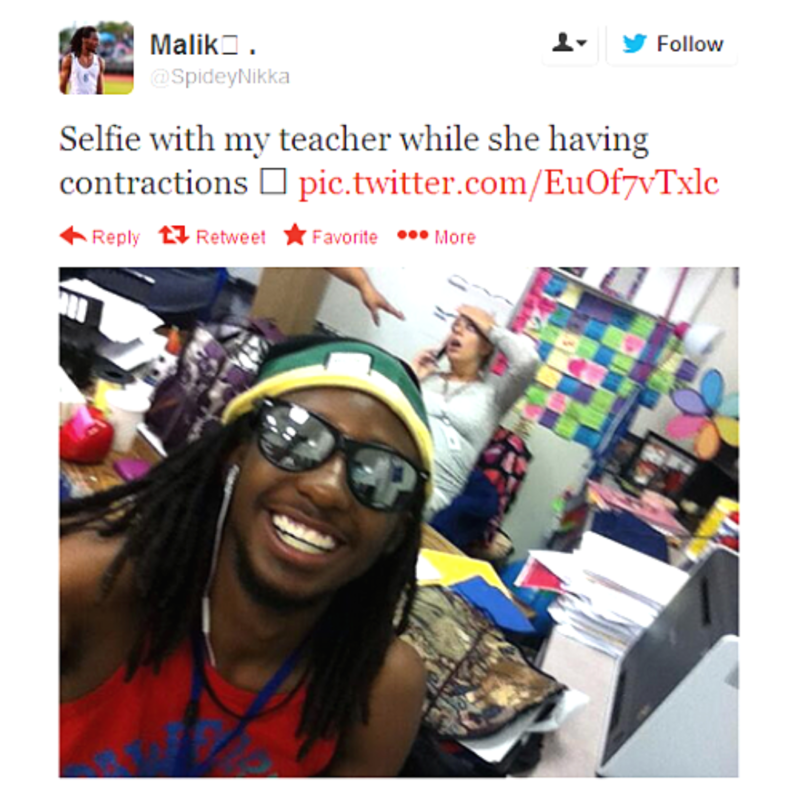 Have you ever been a pregnant teacher? What sort of interesting comments and questions did you have to deal with during that time? Better yet, did you receive any support while teaching pregnant,? Sound off in the comments below! If you wish to remain anonymous, you can Submit a Secret or start a conversation in our Vent Forum.